Results of a survey conducted by holiday company Club Med say British skiers in Europe prefer France as an ideal holiday destination. The annual ski report explores changing dynamics in the snowboarding and skiing holiday industry. Out of 1000 people surveyed online about their skiing habits, 28% had chosen France for a skiing holiday even though there are over 1700 ski resorts spread across Europe.

Annually, the international travel agent serves over 1 million clients in various tourism industries, and they are reporting a rise in booking from the British market. An expansion program into ski resorts around France is paying off as data for this winter shows increased bookings to the French resorts of Val Thorens and Tignes. 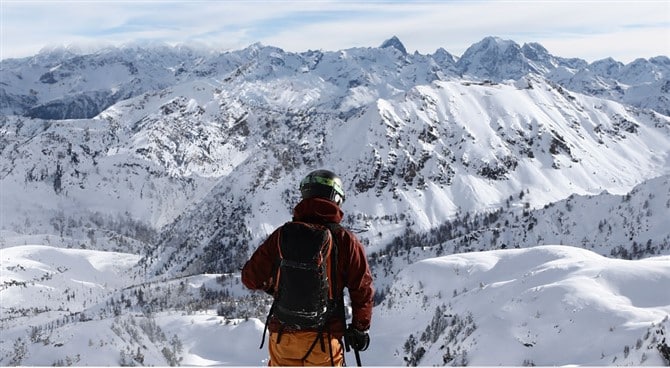 With plans to open more property in La Rosiere and Tignes, and over the next three years renovate their Alpe d’Heuz portfolio, their expansion plan covering seasons until 2021, is to contract property in one new ski resort every year. They will also upgrade and expand five existing contracts by 2023 to accommodate the growing trend and standards of British skiers and snowboarders.

In the same survey, Austria came in at second place with 24% of British visitors, and Switzerland ranked third with 18%.

Besides destinations, they asked participants about technology. 23% of participants use action cameras like Go Pro while on the slopes, and 21% used Fitbit to watch physical activity. 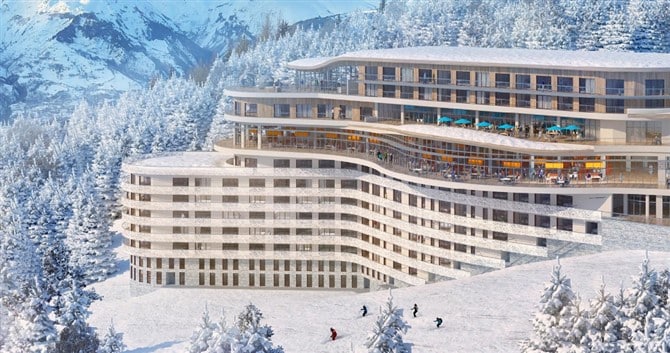 Lift pass technology also featured in the survey and to no surprise, 88% logged into social media accounts, either at the hotel or on the slopes. Club Med works with architects and designers to make sure their all-inclusive resorts are Instagram worthy as this has proven to be a significant factor in where people book.

48% of British skiers said if they had access to a drone, they would use it on the slopes, while one in ten used dating apps in resort to meet new people. Technology currently being tested in resorts include bracelets to locate where children are, as well as cashless and keyless hotels, where technology bracelets would carry out these functions instead.

Value for Money and Brexit

With the eyes of the world on Brexit to see how it will affect holidays and overseas real estate markets, the survey says 84% of the participants are still likely to book a skiing holiday, and 57% say all-inclusive destinations are more appealing.

However, while Brits were still considering holidays abroad, they were reviewing destinations to get value for money. In separate data, bookings reveal an 11% increase for next season by Brits for their all-inclusive ski resorts.

With much debate from the ski industry about climate change, 27% of participants said they are choosing resorts at a higher altitude. 63% cited glacier skiing and full snow coverage as crucial factors affecting their decision about destinations.

46% of bookers said non-skiing facilities like spa and wellness, children’s entertainment, and food and drink choices are key factors, as is transfer times with 42% of skiers saying they would not book a resort more than two hours from the airport. One in five also said they would call in sick to work if unpredictable weather meant they could squeeze in a quick break.

Val Thorens appears on many lists as not only the best resort in France but also in the world. Sitting at 2,300 altitude, the highest resort in Europe garners much fame because of guaranteed snowfall from November to March. The vast range of graded runs as well as off-piste skiing accommodates all skiers from beginners to experienced, while life off the slope is just as adventurous with a lively après-ski scene.

On the 16th of December 2018, Club Med opened Les Arcs Panorama, a 5-star all-inclusive property in the Paradiski domain that offers 425 kilometres of slopes. Linked with La Plagne resort via the Vanoise Express Chairlift, they say the resort at 2000 metres is one of the best destinations for snowboarders and freeskiers.

Sitting in the Grand Massif of south-eastern France, alongside Les Carroz, Sixt, and Faline, Club Med says Samoens is a less touristy destination that feels more like home than a holiday. Aside from the traffic free centre, and a low-key social scene, experienced skiers, also have 800 metres of untracked runs to test.

Often grouped with nearby Val d’Isère, the purpose-built Tignes resort suits all levels of skiers but it particularly suits beginners and provides a vast range of ranges covering 300 kilometres. Tignes goes far out on tourism with an excellent choice of entertainment, bars, restaurants, ski schools and accommodation.