Val d’Isère, a famous mountain resort has captured the hearts of British skiers as tourism officials estimate 40% of visitors, either travelling there or on holiday packages come from across the channel.

The town’s background history is a familiar tale of a once rural, isolated farming community high in the French Alps that has transformed into an unrecognisable ski resort over the decades. However, Val d’Isère’s story is unique because it has evolved into the bastion of the British skiing set. 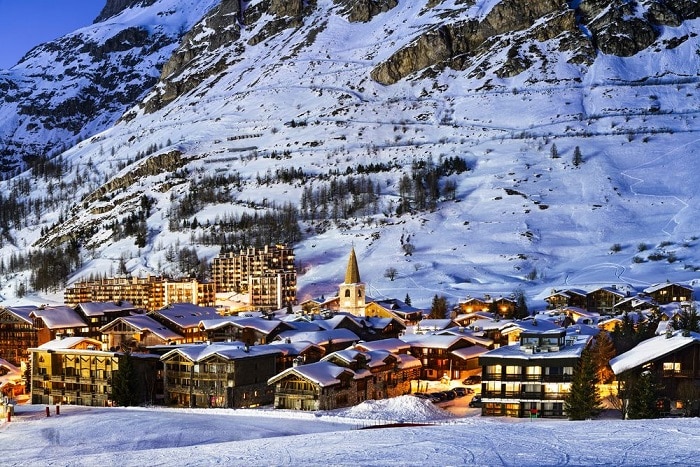 “Val” as it is known to its army of loyal visitors opened its first ski lift 81 years ago but following the 1992 Albertville Winter Olympics, during which it hosted the blue-riband men’s downhill, it came of age.

The Games injected much needed financial investment into the area, and the vision to go with it. This resulted in a more traditional alpine approach to development. Something Val is enjoying today as British snow-sports enthusiasts’ travel to sample its mix of tradition and sophistication. However, what other reasons make Brits flock to Val d’Isère?

Us Brits love to follow in the footsteps of royalty and celebrities, and over the decades, Val d’Isère has hosted its fair share. Princess Anne was skiing down the slopes during the 1960s, and in years to follow, Prince William and Harry also graced the ski resort with their presence.

Thanks to the substantial number of British ski schools in the resort, any wannabe beginner receives the best ski lessons on how to navigate the slopes like a pro. Outspoken chef Jamie Oliver, pop star Sarah Harding of Girls Aloud and Olympic rower and CBE Matthew Pinsent all learned how to ski in Val d’Isère by booking up for private lessons.

Sitting in the Savoie region of France, Val d’Isère is one of the best French ski resorts with guaranteed snowfall. Linked to neighbouring Tignes, the two resorts share access to the Espace area, the world’s third biggest ski terrain that accommodates everyone including beginners, who upon signing up with a ski school can hit the learning slope with perfect snow conditions.

Skiers and snowboarding fanatics also enjoy 78 lifts, 300 kilometres of slopes with various difficulties, 153 pistes and 60% of runs are above 2,200 meters leading the way to its reputation as a snow-sure resort. In case of slush and a lack of snow for the lower runs, their ultramodern snow machine pumps out a cool 2,5000 cubic meters an hour.

The Solaise lift that opened in 2017 is nothing short of sleek, and state-of-the art. 91, ten-person gondolas can transport 3000 skiers to ski areas, off-piste runs and various backcountry trails within an hour, and the ride is made for comfort with built-in wi-fi and heated seats.

Whenever there is a party, we Brits are often the first to show up at the door, and Val d’Isère caters for our wild side with its lively après-ski social scene. After taking off their skis, partygoers who want to let their hair down often head to La Folie Douce, the place to be seen and dance on table tops, while the DJ pumps out the latest hits to a roaring crowd. Other bars and restaurants offer the same or a lower-key ambience, but, the après-ski scene is one of the best in the French Alps.

Brits have garnered a worldwide reputation as being lazy for learning a second language, but that doesn’t hold Val d’Isère back, because the locals learned English. Bridging the language gap helps two cultures to live side by side, and us Brits more than make up for it with a heartfelt indulgence of French wine, cheese and chocolate.

Val d’Isère and a Future Vision of Excellence

Val d’Isère opened its first chairlift 81 years ago. Since then, this commune in the Tarentaise Valley has developed into a bastion of British winter sports. However, the time came for a €200 million (£170m) facelift to help it keep pace with competitors like Courchevel and Verbier.

Renewal is in the air in the Alps, with many rival resorts implementing multimillion-euro upgrades of their lift systems and Val d’Isère doesn’t want to be left behind. 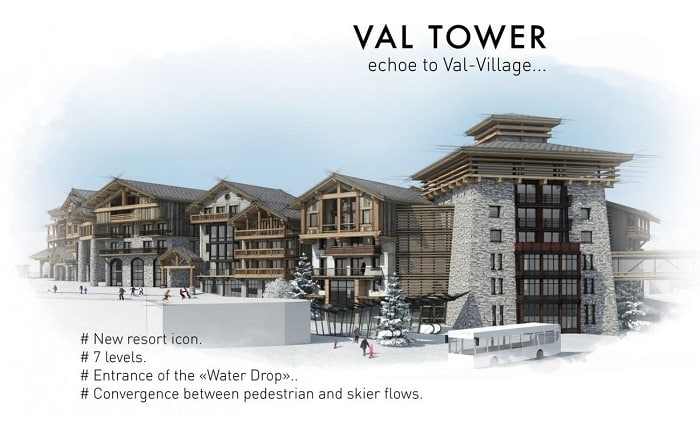 The project called Le Coin de Val will reshape the resort’s centre when completed in 2022. Some are describing it as the most daring development in the French Alps since Arc 1950 – a village built from scratch in the Les Arcs ski area back in 2008.

So, what does €200 million buy an ambitious developer in the French Alps today?

Such is the long-term love affair between Brits and Val d’Isère, their real estate sector is booming. While our grandparents could only dream of owning a second home, these days, holiday homes are the norm, as is investing in real estate for buy-to-let accommodation income and long-term appreciation. Many Brits own property in Val d’Isère and for the more fortunate who don’t have to work, they live there, either for winter or all year round as the town markets itself as a summer hotspot. 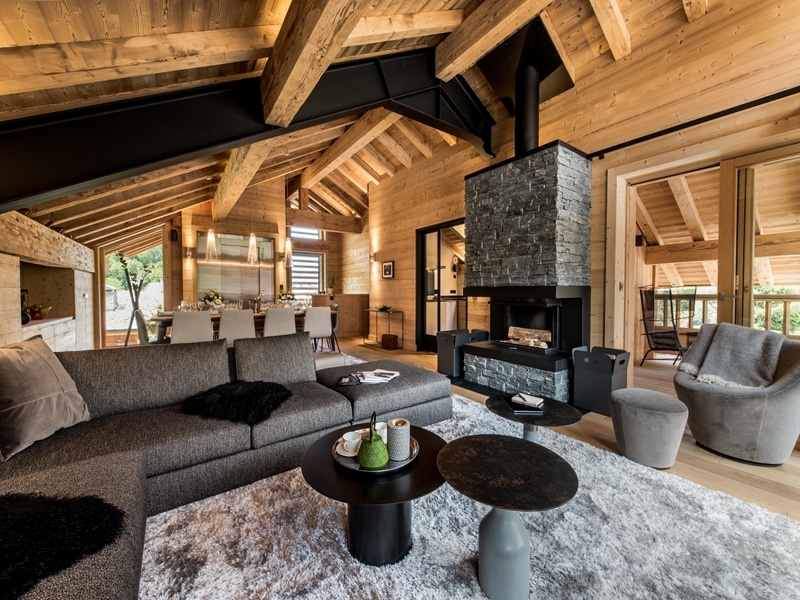 Getting to Val d’Isère is Easy

By far, a big reason, British Skiers Love Val d’Isère Resort is the easy access. Chambery Airport is 145 kilometres away, Geneva is about 220 kilometres and Lyon 240 kilometres, and with flights of just an hour, you can be on the slopes in next to no time. Bourg-St-Maurice railway station is also a 40-minute drive down the valley, while Val is just a 705-kilometre drive from Paris for those who want to combine a road trip with a skiing holiday.