In 2019, Belgium-based “European Best Destinations” organisation crowned Alpe d’Huez town and the surrounding terrain, Europe’s best ski resort for the 2nd year running. Notably, it is ordinary skiers, both experienced and beginners who decided the winner after over 58,000 people from 92 countries voted in the poll.

Who would you rather believe:  real tourists or a panel of judges with a personal stake in certain areas? It is quite some achievement when we consider the other contenders. Alpe d’Huez mountain resort fought off stiff competition from world-class resorts like La Plagne, Tignes, Courchevel, Kitzbuhel and Gstaad.

However, 135 alpine pistes that cater for all abilities and its famous snow parks, lifts, gondola rides, ski schools, lift passes, villa accommodation and much more impressed the visitors so much, it secured a whopping 9,550 votes and with it the coveted title.However, it has not rested on its laurels since then.

The town strives and implements new programmes designed to keep the resort top of the skiing market for the near future. As well as introducing a new network of state-of-the-art snow cannons and an alpine roller coaster, it is rising in prominence as a year-round destination because of its summer sports activities. Indeed, any savvy property investor looking for a dual season French Alp ski resort would do well to look at the town.

Dual Seasons in Alpe d’Huez: From Winter to Summer

During the winter season, specific natural attributes that money cannot buy, like its glacier ensures enough snow cover for a long season that stretches from early December to late April. Not to mention its reputation for delivering a plentiful supply of bluebird days, giving rise to its nickname “l’Isle du Soleil,” which translates as the Island of the Sun.

One aspect that makes a ski trip stand out is high-tech computer-controlled snow cannons lining the slopes from the DMC and La Folie Douce après-ski social scenes down to resort level at 1850 metres, guaranteeing powder on some ski runs including Chamois, Couloir, Vachette and Olympique to name but a few. 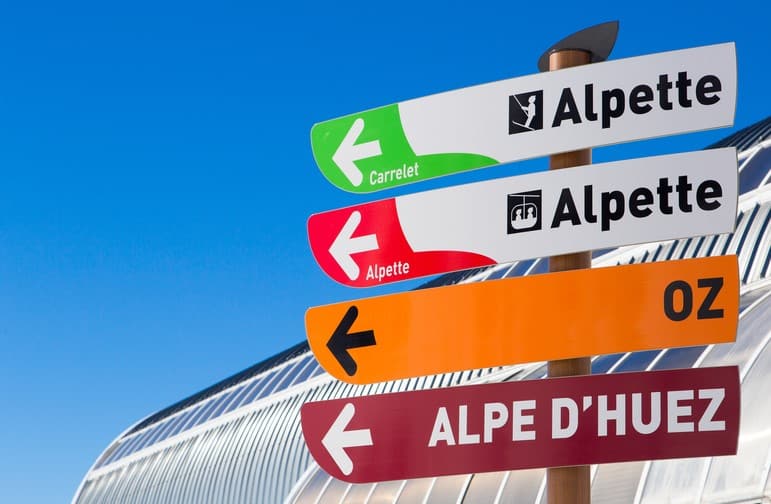 Their huge turbines spread a much finer powder-like snow across a far greater “dump” range than the old machines they have replaced, which many other Alpine resorts still use. This is of particular benefit on the lower altitude slopes around the DMC and Les Bergers because even Mother Nature’s natural snowfall needs a day off sometimes. Also, Alpe d’Huez also offers night skiing, heli-skiing, and backcountry routes for hardcore fans.

If you thought all that would generate more than enough potential to make Alpe d’Huez, one of the best ski resorts in the Alps, you should not underestimate the resorts summer allure. With the Ecrins National Park and Oisans villages on its doorstep, it is also a paradise when the snow melts at the end of the ski season. 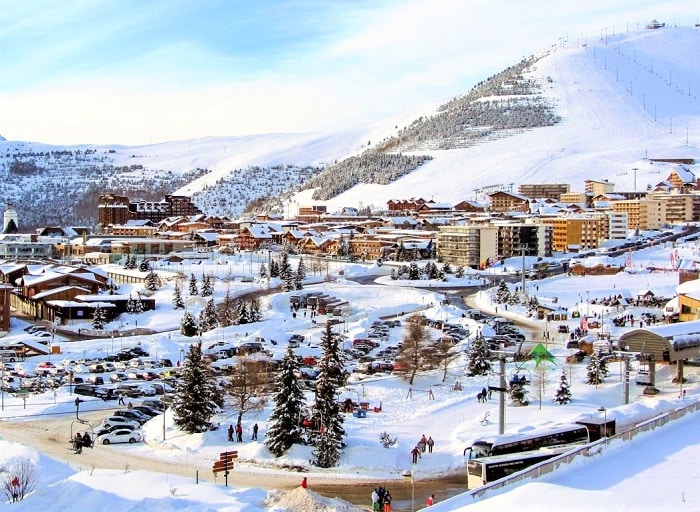 There is a multitude of activities on offer such as walking, climbing, rafting, horse riding and more; but it is the mountain biking for which the region is most renowned when the temperatures soar. With 140 miles of marked routes, Alpe d’Huez is Europe’s most legendary mountain bike destination for adrenaline junkies that love hurtling downhill on two wheels. With such year-round rental potential, your dream alpine retreat in this up-and-coming resort will practically pay for itself.

Also, if hurtling down the local slopes on skis or board is not enough of an adrenaline fix for you, why not try the Alpe d’Huez alpine roller coaster that opened in December 2017. Situated on the Les Berger’s area lower slopes, this attraction offers high-speed thrills for visitors of all ages throughout the year.

Like other roller coasters, gravity, rather than electricity drives it, plus you can control your speed using brakes as you plunge down the metal track in a go-kart style cart around bends over humps and through tunnels. Don’t expect Alton Towers style loop-the-loops, but you will still have a fun ride.

However, here is the exciting part for anyone with designs on purchasing their very own alpine bolthole in this desirable location: The local council is investing 350 million euros in making the resort even more attractive to the international market.The proposed work includes the renovation of existing accommodation and the building of new high-quality ski in ski out properties, as well as the creation of one of Europe’s largest ski areas by 2020. 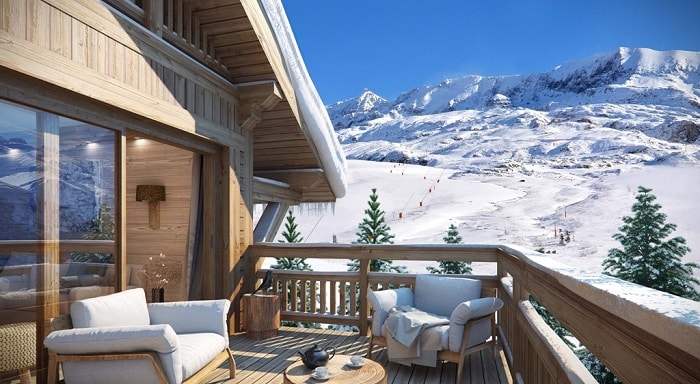 Getting to this fabulous French ski resort will not present you with any obstacles; it is situated less than 60 kilometres from Grenoble, the nearest airport. The 90-minute drive is rather spectacular too, as you wind your way up the 21 bends made famous by the Tour de France. See property for sale in Alpe d’Huez and find out more about its real estate market.

It is not only skiing fans who love Alpe d’Huez town either because of the vast amount of off-piste activities makes ski holidays all year-round fun. They also contribute towards its family-friendly status as awarded by the French tourism board. Think para-gliding, helicopter tours, a state-of-the-art sports centre and a 9-hole golf course. Read more about off slope activities to do in Alpe d’Huez.