The Top 5 Ski Areas with Over 250km of Slopes 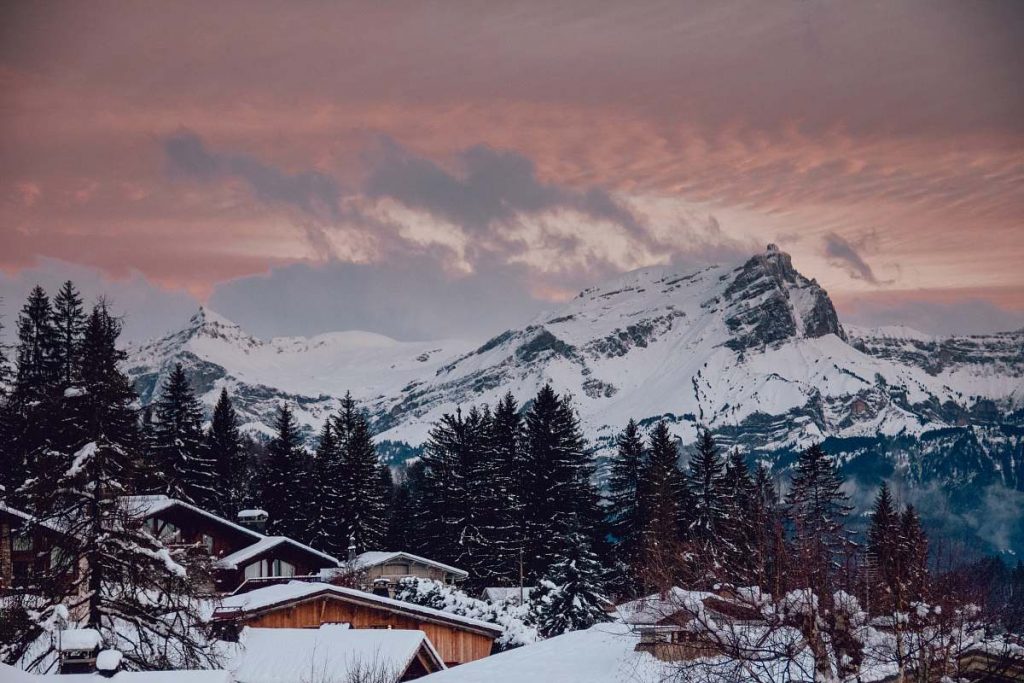 When you’re choosing a ski resort, it can be tricky to balance the most important things on your checklist. Which aspects are you happy to compromise on? What are you really looking for out of your ski resort? Whatever the answer to that, I’d argue that a great ski area comes pretty high up on every list.

So, you’re choosing a ski resort, and you want a resort with more terrain than you’ll manage to ski in a lifetime. Where are you going to find the biggest and best ski areas?

Made up of the Meribel, Val Thorens, and Courchevel ski areas, the Three Valleys make up the largest fully connected ski area in the world. Its’ slopes stretch a staggering 600 km. This is not remarkable because it’s the largest ski area to make this list that’s covered on a single lift pass. Rather, what makes the Three Valleys special is that at no point will you need to take your skis off and hike across a town to reach the next set of slopes.

As the largest fully connected ski area in Europe, the resorts of the Three Valleys are naturally popular amongst buyers choosing a ski resort. Meribel is the perfect blend of family-friendly activities and raucous après ski fun in piste-side bars like the Rondpoint. It’s the centre of the Three Valleys, and properties have been scarce in recent years. New redevelopment means this is a great time to buy in Meribel.

Elsewhere, Courchevel is famously glamorous, and its’ selection of high-end eateries, five-star hotels, and boutique shops is almost unparalleled. The highest, and most exclusive of Courchevel’s villages, 1850 doesn’t generally have much property for sale. That said, the other three bases in Courchevel are all undergoing new development and redevelopment.

The Ski area shared by Val d’Isere and Tignes is a tale of two halves. In glitzy Val d’Isere, you’ll find upmarket bars, restaurants and shops. Only a few bars now retain that ski town dive bar aesthetic that the town was once famous for, although Val is still very lively. While Tignes has been given a bit of a facelift in recent years, it’s still the cheaper and more family-friendly option when compared to Val d’Isere. It’s also far quieter, with much of the après ski focused in Val.

The Espace Killy ski area might look like small potatoes, with a measly 300 km of pisted terrain rather than 600 km in the Three Valleys, but it’s some of the best skiing in the world. Tignes is home to a glacier that once provided year-round skiing, although it’s now closed for part of the year. Between the two resorts in the Espace Killy, there is a genuinely astonishing amount of off-piste. Much of the best off-piste is focused around the Vanoise National Park, which gives you access to miles of perfect, pillowy snow.

With two resorts with such different characters, the properties for sale in the Espace Killy will appeal to a whole variety of buyers. If you’re choosing a ski resort in which to buy a chalet based on the amount of challenging skiing, the Espace Killy is without a doubt the area for you. 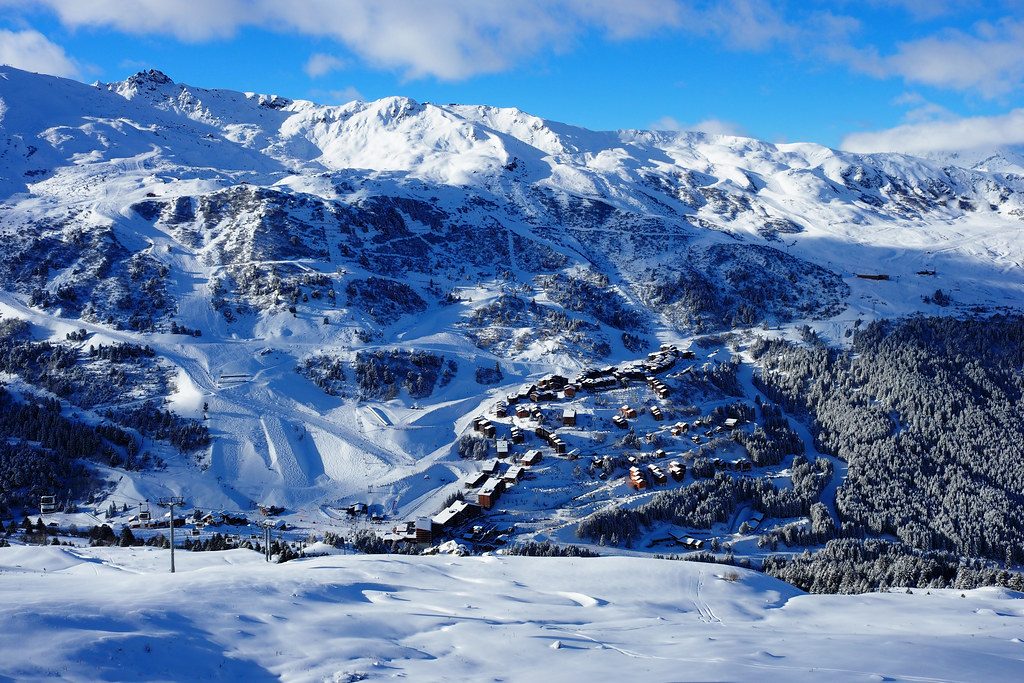 Switzerland’s best-known mega ski area, the Four Valleys, covers Verbier and the smaller villages littering the neighbouring three valleys. It’s one of the newer ski areas on the list, with the concept only completing in the 80s. While Verbier is easily the most cosmopolitan of the Four Valleys, all the resorts have access to a superb variety of skiing.

Unlike in France, Switzerland is home to patrolled off-piste, meaning challenging skiing is more easily accessible here than it might be elsewhere. Verbier is enormously popular amongst celebrities, royalty, and businessmen like Richard Branson, so bear that in mind when you’re choosing a ski resort.

The rules for buying a property in Switzerland as a foreigner are sometimes a little tricky to get your head around. Despite what you might think, it is more than possible to get yourself your perfect Swiss Alpine chalet in one of the best ski areas in the world. The Four Valleys are one of Switzerland’s premier ski areas, thanks partially to this popularity and partially to the superb skiing in the area.

A ski area straddling the border between France and Switzerland, the Portes du Soleil is not the best-connected ski area in the world. The full lift pass covers a massive amount of terrain, more even than the Three Valleys, but there is sometimes a walk between the areas. The French sectors of this ski area are lively, with plenty of development, while the Swiss sections are small and peaceful.

Morzine, which sits between the Morzine/Avoriaz/Chatel side of the mountain and the smaller, lower Morzine/Les Gets area, is a hugely popular year-round destination. The resort is home to some superb mountain biking trails in summer, and it’s a buzzing town with a great après ski vibe. Chatel is quieter, but it has a host of new development and is a great place to get a ski chalet without breaking the bank.

The slopes in Avoriaz are pretty snow-sure, very intermediate friendly, and popular amongst snowboarders who like the even, wide open pistes. The area is also home to the infamous Swiss Wall, which trails down into Switzerland, and is one of the steepest ski slopes in Europe.

A tricky ski area to fully get to grips with, the Evasion Mont-Blanc ski area is not the best-connected area in the world. The area includes Megève, St Gervais, St Nicholas, Les Contamines, and Combloux. Evasion Mont-Blanc also links loosely to other resorts nearby, via the Mont Blanc Unlimited ski pass. This widens the ski area covered to include the resorts in the nearby Chamonix Valley.

The Evasion Mont Blanc ski area itself has around 400 km of pistes, generally at a gentle gradient with uncrowded pistes and plenty of great mountain restaurants. When you add the estimated 100 km of the Chamonix Valley slopes to the number of slopes covered by the pass, Evasion Mont-Blanc becomes an enormous ski area. The Mont Blanc Unlimited ski pass gives you access to a huge variety of different pistes, difficulty levels, and slope styles. This includes access to the Aguille du Midi, and with the Aguille, the longest lift-served off-piste in the world.

Megève is the sort of classic resort that reminds you of Twentieth Century glamour, movie sets, and the glittering wealth you might see in a Fitzgerald novel. While surrounding resorts like St Gervais aren’t quite as opulent, they still offer the sort of class that is hard to find elsewhere in the French Alps. When you’re choosing a ski resort, the Evasion Mont-Blanc resorts are worth thinking about.

Please take a look at our selection of ski property for sale. If you need help choosing a ski resort, or you want more information about certain properties, get in touch with our experts!