When you’re buying a ski property, you’ll find there are more than a few reasons to spend your holidays in the Alps. You might be imagining winter days on the slopes, hitting the après ski bars, and attending an ice festival or two, but there’s more to the Alps than just a winter wonderland.

While you may originally have planned to use your beautiful ski chalet during the ski season, you’ll find there’s good reason to spend summers in the Alps. From the host of activities, including mountain biking and climbing, to the sunny weather, Alpine summers are underrated. There’s more than just summer sports on offer, though, and there are a few excellent activities you might want to try.

So, what are the best festivals and events you’ll find in the Alps during summers?

Montreux is, famously, the setting for Deep Purple’s Smoke on the Water, and the home of the Jazz Festival. The annual Montreux Jazz Festival attracts some big names each summer. From its spot on Lac Genève, it offers jazz lovers a whole 16 days of live music from names like Aretha Franklin, Nina Simone, Miles Davis, David Bowie, Stevie Wonder, and Prince.

The festival is held in early July, and it’s a beautiful combination of stunning riverside setting in the Swiss Alps and genuinely great music. The festival has been held since 1967 when it was established by Claude Nobs. Since then, classic jazz artists, modern maestros, and indie darlings have all played the festival to great acclaim.

If you’re living in Chamonix, Verbier, or Crans-Montana, it’s a simple, easy trip from your chalet to the festival. You can enjoy some of the best jam sessions, live sets and discos in the Alps.

The Ultra-Trail du Mont-Blanc is an endurance race like nothing else in the Alps. The race is held at the end of the summer season each year, and it sees competitors arrive from across the globe. The race isn’t just for those who want to participate either; there’s no shortage of spectators! The start and finish lines are both in Chamonix, and supporters will line the streets for the duration of the race to cheer on friends and family members.

During the week of the UTMB, several smaller endurance races are held before the main event begins. If you’re a long-distance runner and you’re not keen on the idea of running the whole, three days, 171 km race, there are shorter distances to tackle. While this year’s UTMB was held between the 23rd and the 29th of August, most years will see the race start a week later and end at the beginning of September.

If you’re a fan of endurance running and you’re thinking about buying a ski property, this is the place to be! 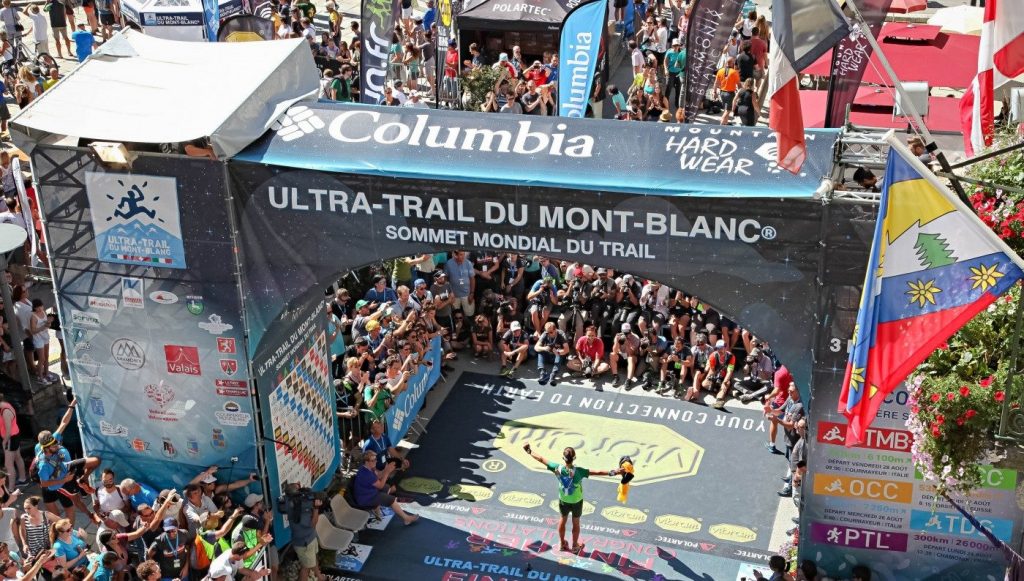 A part of the French Automobile Championships, this race is held in Morzine each summer. The race was first held in 1947, although it was held in Annecy before 1989. The race has special stages throughout Morzine, and it’s a well-respected part of the French Rally circuit. Petrol-heads will be delighted to find there are more than a few opportunities to get close to the cars as they wind their way through hairpin bends.

The Rallye du Mont-Blanc was also included in the European Rally Championship between 1988 and 1996. Although it has changed locations in its’ history, it’s still regarded as one of the oldest continuously held rally races in France. All bar one of the previous winners have been French, although some of the most respected names in rally racing have competed.

If you’re looking at buying a ski property, knowing you’ve got an event like this one to enjoy might sway you towards Morzine!

The jackpot, and the scenery, draw golfers from across the world to play in this tournament. If you were debating buying a ski property in a resort where you might run into Tiger Woods, well then, there’s nowhere better than here. If you’ve got a property in Crans-Montana, you’ll be in a prime position to enjoy this event.

Keen golfers can even join the Cras-sur-Sierre golf club and enjoy the championship level course. After all, who doesn’t want to play where the pros do? This is a hugely popular event; it brings around 50,000 spectators to the resort during most years times! There’s no other golf tournament in the Alps that can measure up to this one.

A Harley Davidson and motorbike festival is held in Verbier each summer. This is a three-day extravaganza of music, motorbikes, parties, stunts, dancing, and demos. This might not be everyone’s cup of tea, but if you’re into American style car shows you won’t find anything in the Alps quite like this.

Verbier is always a hugely popular choice for those looking at buying a ski property, and there’s plenty to recommend summers here. That said, the Verbier Bike Fest stands out from the usual summer Alpine activities. The festival is a loud and oversized beast, where you’ll see some classic bikes from over the years; it’s a big selling point if you’re more into motorbikes than rally cars.

This festival takes place at the end of the summer, with 2021 dates of the 3rd, 4th, and 5th of September. If you’re into both motorbikes and endurance running, you might even hit the Verbier Bike Fest after completing the UTMB!

Wherever you’re interested in buying a ski property, be it a high-altitude pad to spend winters or a dual season chalet you can live in year-round, check out our selection. If you’ve got any questions or queries, please don’t hesitate to drop us a line. Our experts can help you find your dream chalet.