The Daily Telegraph has released their list of the best ski resorts in the world as rated by reader views and regular skiers won’t be surprised to see many French alpine towns making the cut. Attracting thousands of annual visitors, the French Alps are home to many new and timeless resorts, each with individual characteristics and something to offer.

Other ranking resorts sit in Austria, Italy, and Switzerland and for the third year running, St Anton in Austria ranked in at first place. Adored by many for its après-ski scene, it offers over 55 kilometres of off-piste terrain, therefore satisfying hard-core skiers. 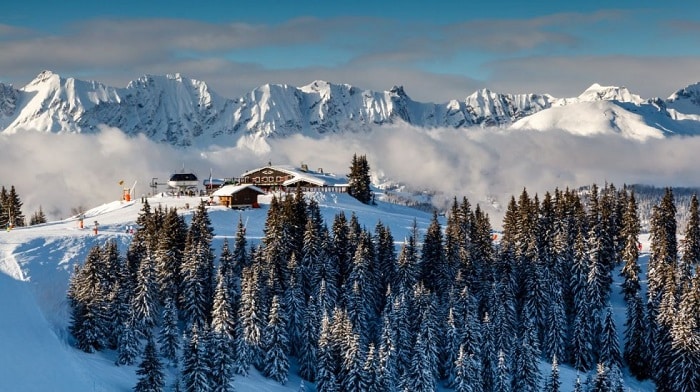 But what other towns and villages made the cut and why do DT readers adore them?

Best Ski Resorts in the World : Austria, Italy and Switzerland

Other destinations in Austria include Ischgl, another strong après-ski destination of which opening and closing season parties have included high profile celebrities like Lenny Kravitz and Robbie Williams.

Saalbach is a new addition, and since it belongs to Austria’s second largest ski area, it’s a natural lure for skiers of all levels. A super sophisticated lift system is another draw. The highest-ranking Austrian resort, Mayrhofen come in at number 14. As another lively après destination, its holiday reputation stretches back over 100 years. Obergurgl with its guaranteed snow cover just missed a top ten spot.

Meanwhile heading over to Italy, they credit new entry Sauze d’Oulx as having some of the country’s best pistes. Upmarket Cortina d’Ampezzo also appears on Conde Nast’s best European ski resort list and Cervina, climbed six places, and the old Italian village of Courmayeur, and off-piste favourite, often attracts British weekend skiers because of its proximity to Turin and Geneva airports.

Switzerland’s most famous resort Zermatt was the only one to appear on the list for that country but falling two places to number 13, its longer than average season cements its popularity.

Beautiful Meribel, at position 16, attracts prominent levels of British tourists but upscale Courchevel dropped 11 places to position 15. Despite having seven Michelin star restaurants and excellent on and off-piste runs, skiers are attracted to other towns offering better value for money.

Number 12, France’s highest resort Val Thorens is suited to beginner and intermediate skiers, while Tignes made it into the top ten. Sharing a ski area with neighbouring Val d’Isère, both resorts are keen to turn themselves into dual season destinations. 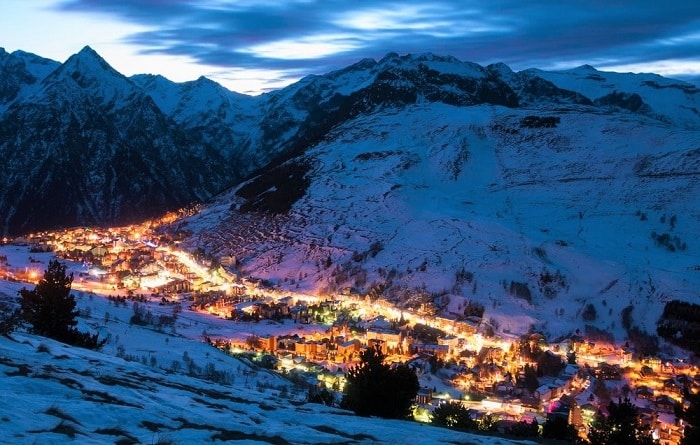 425 km of slopes at Les Arcs ensured its ninth-place position, while family-friendly Morzine ranked eight thanks to many off-slope activities. 11 small villages of La Plagne, a part of the large Paradiski area, came in at position 6, while number five, Val D’isere is growing in popularity because of local council efforts to reinvent the town through urban planning projects.

Chamonix’s solid reputation stems from hosting the 1924 Winter Olympics, but it is now emerging as a favourite snowboarding and mountain skiing destination, but the most popular French resort Les Deux Alpes, has a summer skiing season, cementing its popularity as one of the best ski resorts in the world.