Choosing to Buy in the French or the Swiss Alps

The Alps stretch across five countries, with hundreds of ski resorts. They’re home to some of the most famous places in the world when it comes to strapping on a pair of skis and heading for the slopes. You might already have some pretty solid ideas about whether you want to search for property for sale in the French Alps or Switzerland, but what if you’re on the fence?

Switzerland is the classic ski destination; it’s home to the birthplace of downhill skiing, St Moritz, as well as some of the most upmarket and sought-after destinations in the world. Of that famous cluster of resorts consisting of the aforementioned St Moritz, Zermatt, Verbier, and Klosters, Verbier, is the most accessible in terms of property for sale in Switzerland.

The French Alps, by contrast, are home to an interesting blend of high-altitude, purpose-built resorts, and pretty Alpine towns that happen to have skiing. Despite resorts like Courchevel and Val d’Isere, which are both high-end and hugely popular amongst those looking for property for sale in the French Alps, there isn’t yet the same expectation of high-priced luxury as in Switzerland.

To make your property hunt easier, we’re giving you an overview of what to expect from the Swiss and French Alps. 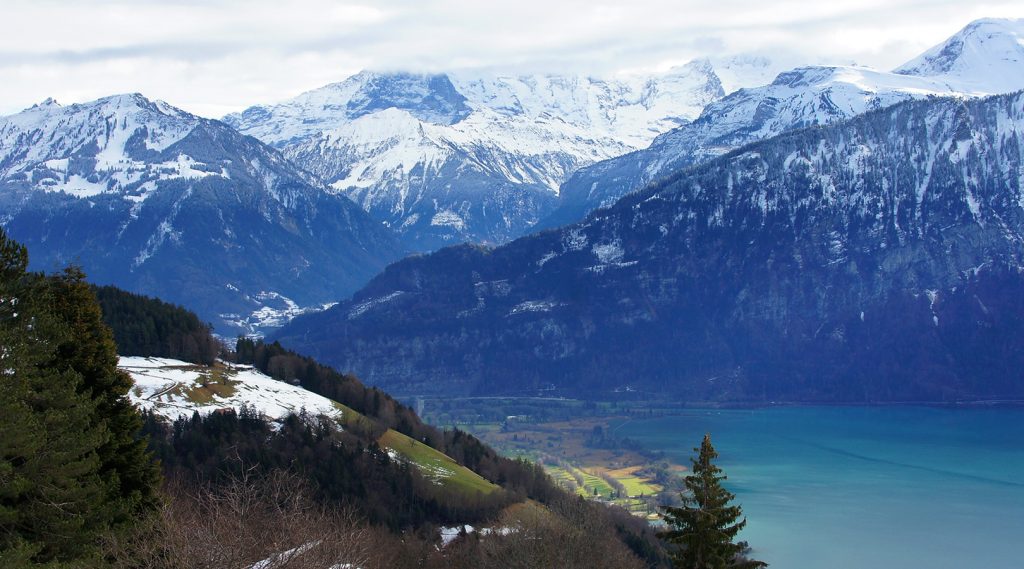 During the 19th Century, the Swiss Alps were known across Europe for the curative air. The wealthy would migrate to spa towns like St Moritz to take in the fresh air in order to alleviate the symptoms of Tuberculosis. It’s this clean air that a group of British tourists to St Moritz were taking in when they decided to strap a pair of skis on and try zooming down the slopes.

As the first country to offer downhill skiing as a genuine sport, and with their reputation for luxury already in place, property for sale in Switzerland quickly became sought after by upper-class families who wanted to get away from the Big Smoke. Although changes to zoning laws have made buying property a little more difficult since then, Switzerland has remained its reputation as the ultimate place to hit the slopes.

Buying ski property for sale in Switzerland might not be possible everywhere, but there are some beautiful Swiss resorts you can buy property in without needing to be a full Swiss resident. Verbier, where the residents and regular visitors include royalty, celebrities, and billionaires, has some excellent properties for sale. Handily, the resort is also less than two hours drive from Geneva Airport, making it one of the easier places to get to for a weekend away.

Swiss ski resorts are far less likely to be purpose-built, with easy, ski-in ski-out access in mind, so the towns generally tend to be prettier and the slopes marginally less accessible than the purpose-built resorts like Val Thorens. Many Swiss ski resorts began as farming villages, and they have a rustic charm to them that is held up as the Alpine idyll.

From chocolate-box-style villages to upscale mountain towns, the Swiss Alps have a reputation for being the class of the field.

Although resorts like St Gervais and Megève have been operating for almost as long as St Moritz, the French Alps saw their number of ski resorts skyrocket when skiing really started to take off in the Sixties and Seventies. That means far more resorts in France are ski-in ski-out, with easy access to the facilities of the town and the slopes alike. If that’s something you’ve got on your list, then looking at property for sale in the French Alps is a no-brainer.

As the trend has changed from slope-side convenience to attractive towns, many of the older purpose-built ski resorts have had facelifts in order to make them more appealing to buyers and tourists alike. This has meant cladding concrete apartment buildings with wood, and building more chalet-style residences and smaller, stand alone chalets to fill the gaps. The French Alps have been seeing a property boom as more and more tourists look away from the beaches along the French Riviera and towards the mountains.

Many of the oldest French ski areas began life as small mountain towns that only became resorts after skiing started to take off as a sport, this means if you’re looking for property for sale in the French Alps you have two very distinct options. Do you choose a small town that has one or two large lifts connecting it to a greater ski area, or do you choose a ski-in ski-out resort at a higher, more snow-sure altitude?

Having two fairly extreme options can make looking at property for sale in the French Alps a little more varied than the middle ground offered in most Swiss ski resorts.

The Choice is Yours

Although resorts like Megève, St Gervais, and La Clusaz are all attractive towns that predate skiing as a winter sport, and there’s glacier skiing in Crans-Montana, there is an overall character to the French and Swiss Alps that you will have noticed while you were doing your research into where to buy. There is a far greater quantity of new-build property for sale in the French Alps due to both a restriction on building permits in the Swiss Mountains and a boom in the French Alpine resorts.

Property for sale in Switzerland is rare, as it’s often resale and the availability is limited. Ultimately, that means when it does come onto the market, it sells quickly. This is especially true of the more famous resorts but tends to happen in smaller, quieter places too.

With that said, there are brilliant resorts across the Alps, all with access to hundreds of kilometres of slopes, and often with a huge quantity of off-piste area to be explored with a guide. Whether you’re looking for property for sale in the French Alps or in Switzerland, you’ll find a chalet or apartment that’s perfect for you. Don’t hesitate to get in touch if you’re thinking of buying property for sale in Switzerland or France!