In 2015, Beijing won a bid to host the 2022 winter Olympic games, and since then, China has embraced snow sports with open arms. Such is their vast popularity, Shanghai will become home of the world’s largest indoor ski resort, overtaking the current one in Harbin.

Once operational, over 3.3 million visitors every year are expected to walk through the doors. The designer can be credited with the impressive and eye-catching design. Calling his project Wintastar, he has drawn inspiration from the Alps, other European resorts, while exterior features are modelled on icebergs.

Majid Al Futtaim, the company who will run the ground-breaking sports and recreational facility are not newcomers to the scene either, having already operated Ski Dubai, covering 22,500 square meters. They are also behind Africa’s first indoor resort, and in 2017, branched out into Egypt.

The project covering 227,000 square metres is three times larger than its counterpart in UAE. The core feature, a 90,000 square, skiing and snow park will include three slopes, each with a different grading, and over 25 snow attractions. 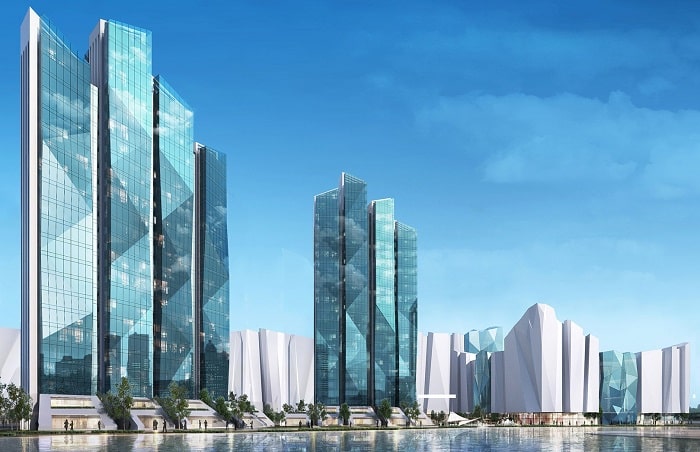 In true style, KOP, the developers, haven’t forgotten about après-ski, and retail, bars and restaurants will encourage people to stick around after spending time on the slopes. To further boost the profile of leisure activities, a spa centre and a separate area for events, performance and exhibitions will also take up a large amount of space.

However, much hype surrounds a two level, 28,000 square meter water park, themed on Nordic Vikings. Featuring infinity pools, beach club and indoor and outdoor slides, it will be the second-best feature and appeal to children who don’t want to ski.

KOP is serious about attracting people from all over China and have handed the contract for overnight accommodation to Montigo resorts, who will run 1000 rooms, spread over 4 themed hotels.

China’s population of 1.4 billion people makes it the fastest growing travel market in the world. More citizens are looking to broaden their horizons both at home and abroad, making Chinese travel, a lucrative business.

Developments are eager to combine this trend with the fever of Beijing’s 2022 winter Olympics and by building the world’s largest indoor ski resort, they will tap into growing niche of tourism.

Current reports say only a few people have gone skiing in China, but the government hopes that by building facilities at home, they can encourage citizens to try their hand at the active sport needing a lot of skill and determination. The state-owned newspaper reports 169 billion USD has been allocated to build skiing facilities and ice-skating rinks around the country. 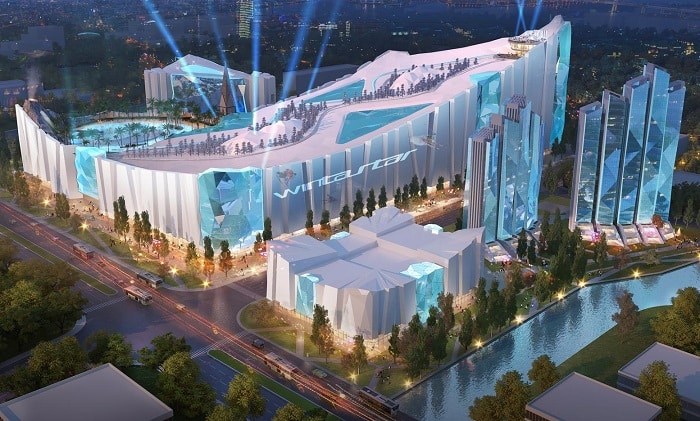